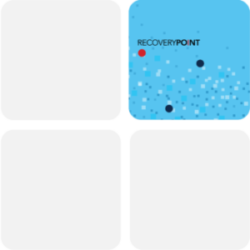 Recovery Point named a Leader in the 2019 Gartner Magic Quadrant, positioned highest in “Ability to Execute” for the third year in a row.
Learn More

A recent report from Microsoft details extensive Russian cyberattacks in Ukraine during the first months of the conflict. These cyber breaches dovetail with Russian military attacks, thus cementing the theory that Russian cyber criminals are supported by their government. (Source: Microsoft discloses onslaught of Russian cyberattacks on Ukraineby Raphael Satter, Christopher Bing and James Pearson from Reuters.)

Microsoft estimates the digital onslaught began in February 2021 – a full year before the war began. Russian hackers laid the groundwork for future military missions. For 12 months, these bad actors were silent. However, Microsoft observed 37 Russian destructive cyberattacks inside Ukraine between February 23 and April 8, 2022.

A top Ukrainian cybersecurity official noted that he is monitoring Russian cyberattacks on local telecom companies and energy grid operators.

The U.S. government recently exposed a cyberweapon, known as Pipedream, which is designed to damage industrial control systems. Critical infrastructure owners around the world should take notice.

The destructive malware uses components designed to take control of the functioning of devices, including programmable logic controllers (PLCs) that are sold by Schneider Electric and OMRON for industrial environments. This malware also targets Open Platform Communications Unified Architecture (OPC UA) servers, which are the computers that communicate with the PLCs.

Officials are not sure of Pipedream’s origin, but its potential to bring down energy companies is alarming. Pipedream takes advantage of vulnerabilities hiding in common third-party software embedded in OT devices sold by hundreds of different vendors.

What Should Energy Companies Do?

To defend against Pipedream, utilities need to know the source of software and firmware used in their OT systems. Companies must identify in real-time not only who they buy software from but also what third and fourth-party developers have software embedded inside the products they use.

Unfortunately, no one is immune from these ongoing and dangerous threats. Companies must prepare and do what they can stay out of harm’s way. However, any entity that relies on the internet is a potential target.

Don’t forget that recovery is an important part of an organization’s overall ransomware strategy. Recovery Point can help you create a solid DR plan that includes air-gapping and/or immutable storage. We can help you design a clean room environment. Should you be targeted by bad actors, you have a clean backup to work with and get your business back and up and running.

Smart Hands Save the Day (and Your IT Staff Time)